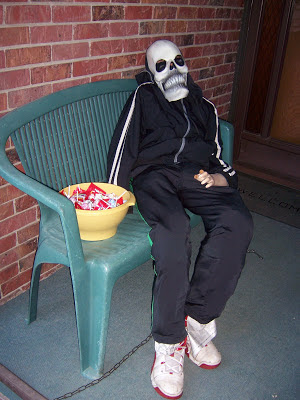 About 3 years ago my boys decided they were too old for Trick-or-Treating and opted to stay home to give out the candy instead.

Joe slouched on the bench with a mannequin's arm sticking out of his jacket and newspaper stuffed in his pantlegs.  Peter hid in the yard waste can nearby.

Only the older kids were willing to approach the porch. Maybe the screams tipped off the families with little ones; I noticed they avoided our yard entirely.  But the older ones had a great time daring each other to go up and get a piece of candy from the stuffed (?) figure on the bench.  They weren't sure he was alive until Joe moved... right when the brave dare-taker reached for the candy in the bowl!

As the dare-taker's friends laughed, Pete would jump out of the can and scare them!  Then they would all take off running to the next house, screaming the whole way.  We didn't seem to use much candy that year.  :) 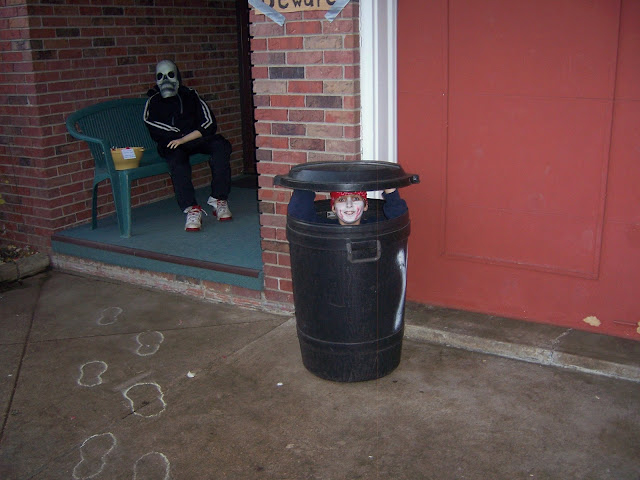 Note:  I do not recommend this type of Halloween fun, though, because that year in the news there were some kids who ran into the street scared and one got hurt.  I am grateful the boys' bit of "harmless fun" did not harm anyone.