"Checkmate in Church" published in a new book


Just in time for Valentine's Day... the story of how Tom and I met. 💗 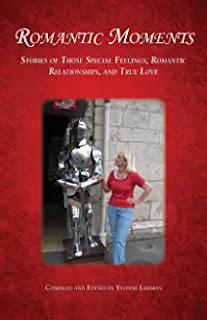 Thanks, Yvonne Lehman, for including another of my stories in your latest book. 🥰
Click here to see Romantic Moments on Amazon. $16.99

This poem about love was published in the Feb. 2020 issue of Your Country Neighbor. The photo only appears here. 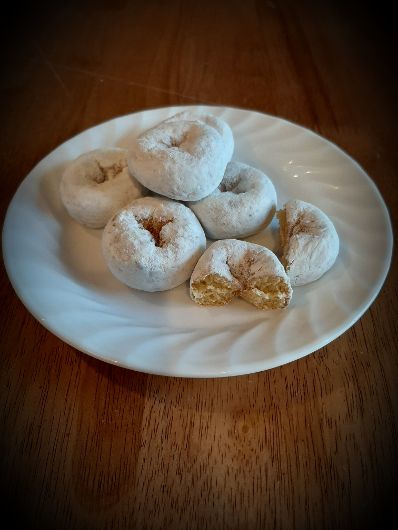 
She didn’t know
how could she?
of my aversion

powdered sugar donuts
so sweet
too sweet in fact

but more than textures
the memory
vivid from youth

still don’t touch ‘em
how could I?
why would I?

until special daughter
picks one
smiling just for me.

how could I not?
innocent eyes
I eat it for love.
❤


Posted by Janet No comments: Links to this post

"I Just Want to Hibernate" published

This article was published in the Feb. 2020 issue of Your Country Neighbor, but the photo is only shared here.


It happens every year. During the months of January to March I just want to hibernate. I was born in Arizona, uprooted at age 4 for relocation to Iowa, and have struggled with winter ever since. Well, in my youth I thought snow was pretty fun sometimes, but I always dreaded the cold. When I became old enough to drive in it, snow entirely lost its appeal. And now that I’m nearing the retirement years, I can barely tolerate it.


I read something, can’t remember where, that encouraged humans to embrace our inner urge to hibernate. It made it sound like a natural inclination as a way to get through fewer hours of daylight, so why fight it? It reinforced my desire for stews, carbs, blankets, and more zzz’s. It made me feel “normal” while living amongst hardy Midwesterners born and raised in this climate.

I hoped to locate that source to quote it for this article, but I couldn’t find it. Instead my internet search yielded a staggering array of articles on hibernation. They were all fascinating and sometimes totally opposed to each other.

Several articles linked our desire to hibernate to Seasonal Affective Disorder (SAD) and gave a long list of symptoms and how to cope. Actually, I found those very helpful. Other articles mentioned “cabin fever,” but in general they suggested we fight the urge to sleep more or overeat.

Some experts say that humans have a latent ability to hibernate when given the right conditions, like less light and cooler temperatures (a.k.a. winter). There are examples of humans who survived avalanches (in one case in Japan up to 24 days!) because their bodies responded with hibernation-like responses. Some scientists say extended hibernation in humans is impossible because our hearts lack the animal hibernators’ ability to pump excess calcium out of our systems when asleep for long periods. And they warn that extended sleep affects brain function and memory, not in a good way.

Other articles explained how mastering hibernation could be helpful. In fact, hospitals already use medically-induced comas to help patients survive horrendous injuries. The comas usually involve cooling down the blood stream, which mimics hibernation.

Ideas for human hibernation can be out of this world. Literally. Scientists are researching how to induce hibernation for space travel. Sci-fi movies make it look easy but it’s complicated. There are always after-effects of traveling in space and returning to gravity. With hibernation there are also immunity and organ issues that can be life-threatening. Imagine losing a whole crew of hibernating humans after they awaken.

I was fascinated as well as repulsed by the ideas and methods being explored. Do the benefits outweigh the risks? NASA scientists seem to think so because they continue to search for answers. But count me off the guinea pig list for those research studies. I can barely survive a Midwest winter.